When you're developing an app with Aft you start by defining a schema. 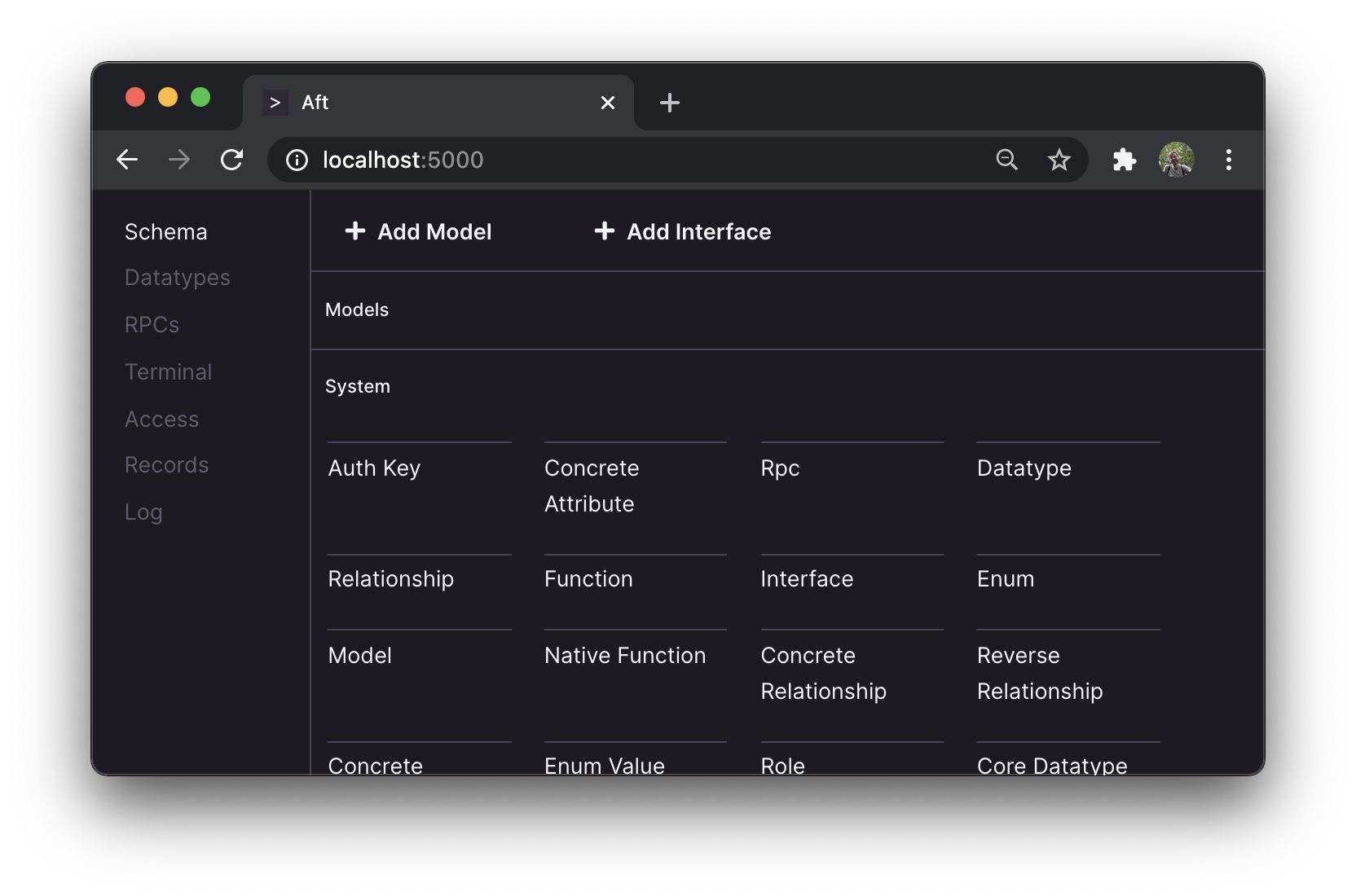 Models are roughly analogous to a table in a relational database. A model has a set of attributes, some relationships to other models, and it may implement some interfaces.

It's possible to create datatypes that additionally restrict a core datatype:

A custom datatype has a "validator"—a function that parses incoming values from JSON and either accepts them, translated to a storage format, or rejects them as invalid.

Relationships in Aft go from a source interface to a target interface. They can have a cardinality of either single or multiple.

You may also define "reverse" relationships to enable backreferences from target to source.

In addition to storing data, Aft is able to store functions. Currently functions can either be "native" Go functions, or scripts written in Starlark.